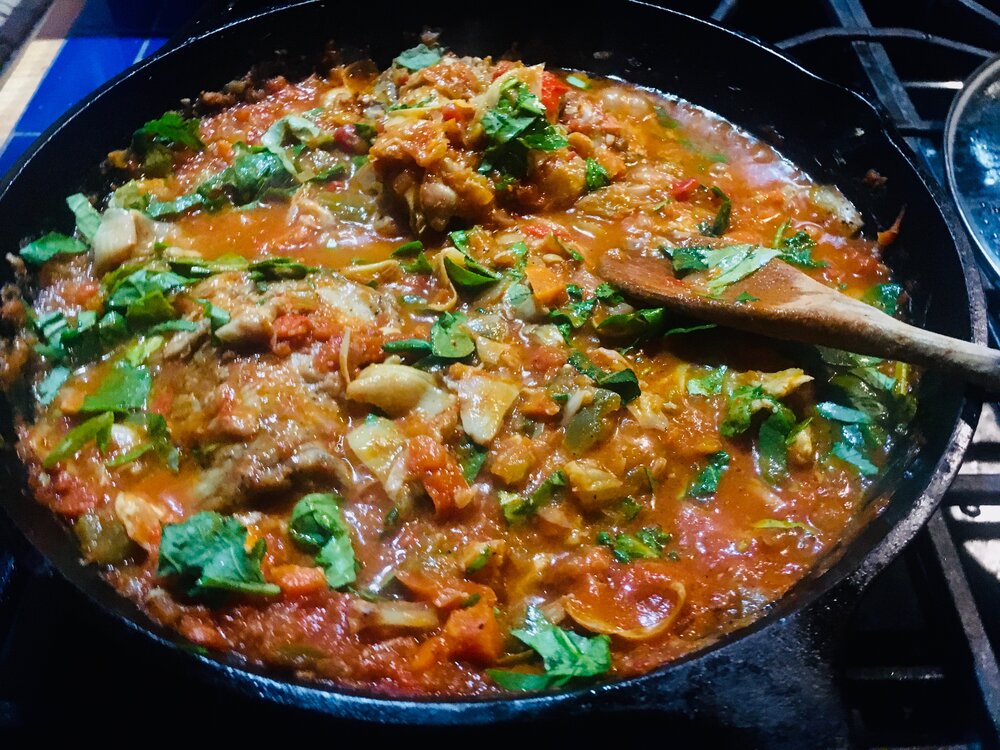 Among the cookbooks my mom has collected since the 1950s, several fall into the genre I call “church lady” — the compendiums of every casserole and covered dish you can imagine. When on the search for recipes to make over for this Kitchen Comfort series, I especially like prowling through a 1980s edition of The Pride of Texas: a Collection of Recipes from the Texas Federation of Women’s Clubs, packed with recipes that must date back to at least the 1940s, based on the proliferation of ingredients like frozen vegetables, canned cream soups, oleo and margarine in recipes — the latter becoming popular during World War II, when butter was in shortage. Most of the book’s hundreds of recipes are a bit short on instructions because these came from experienced cooks who didn’t need guidance. This Spanish Chicken recipe, which was submitted by an Iowa Park women’s club (founded in 1923), called for cooking items margarine and shortening, but using extra virgin olive oil makes a lot more sense today. The recipe also called for pimento-stuffed olives, which must have been the reason it’s “Spanish.” Alas, I came up short on pimento-stuffed olives but substituted the canned artichoke hearts hiding in my pantry. Also, I added celery and carrots with the onion, along with sweet paprika, to provide more texture and flavor, and I finished by adding spinach at the end for a little nutrition boost in the rustic, chunky sauce. Though the recipe doesn’t specify any side dishes, I’m inclined to serve it over rice (saffron rice, if that’s handy, is best). Of course, if you’re watching carbs, riced cauliflower is perfect alongside.

In a skillet, warm 2 tablespoons olive oil over medium-high heat. Pat chicken dry with paper towels and season with salt and pepper. Brown chicken in skillet till golden brown on each side, turning once, about 5 minutes total. Remove chicken to plate and set aside. Turning heat to medium, warm remaining olive oil and saute onion for 2 to 3 minutes, till translucent. Add garlic, carrot, celery and bell peppers, stirring well. Add artichoke hearts and crushed tomatoes, stirring another 3 minutes. Stir in paprika. Return chicken breasts to pan and reduce heat to simmer. Cover and cook over low heat for 25 minutes. Stir in spinach, cover again and cook another 5 minutes. Remove from heat and garnish with parsley to serve. 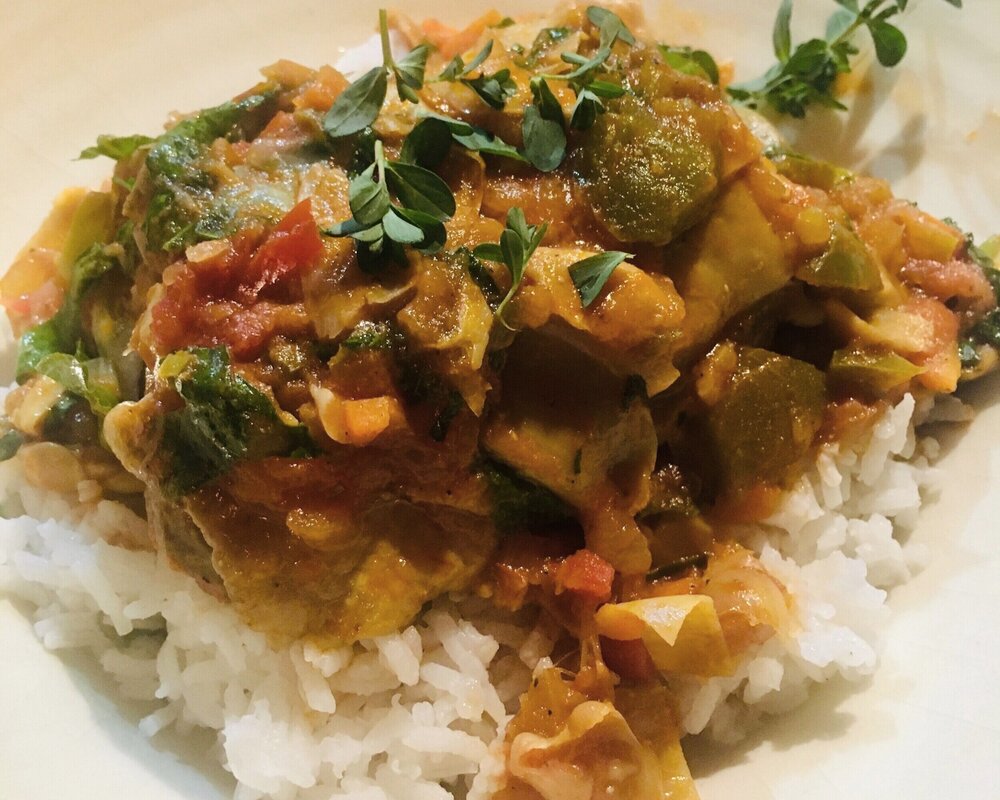 PRINT THIS RECIPE
Back to Recipes