One of my mother’s cookbooks is called The Pride of Texas: A Collection of Recipes from TFWC Clubs (Texas Federation of Women’s Clubs); published in 1983, it’s one I group into “church lady” cookbooks. You can tell these from the inclusion of ingredients like Crisco and oleo, which was another term for margarine, as well as canned soups, all popular from the 1950s to the 1980s. Updating this recipe for banana bread was easy; I include butter instead of Crisco and I cut the white flour with whole wheat flour for a little extra texture. I’ve also used sour cream instead of buttermilk, but either is fine. To ramp up flavor just a bit, I added cinnamon and nutmeg. The result is a foolproof treat, and it’s an easy one for kids who want to learn baking basics. An indulgent spread, if you’d like to make this a dessert, is whipped up by combining cream cheese and maple syrup, with a little cinnamon mixed in.

Heat oven to 350 degrees. In a large bowl, mash bananas and stir in melted butter, brown sugar and egg, mixing well. Add vanilla and stir. Set aside. In another bowl, combine the two flours, baking powder and soda, salt, cinnamon and nutmeg, whisking to blend. Add the dry mixture to the wet a little at a time, alternating with a little sour cream at a time, till combined. Fold in half the pecans. Pour into a buttered loaf pan. Scatter remaining pecans on top. Bake for 55 minutes or until toothpick inserted in center comes away clean. Cool before slicing. 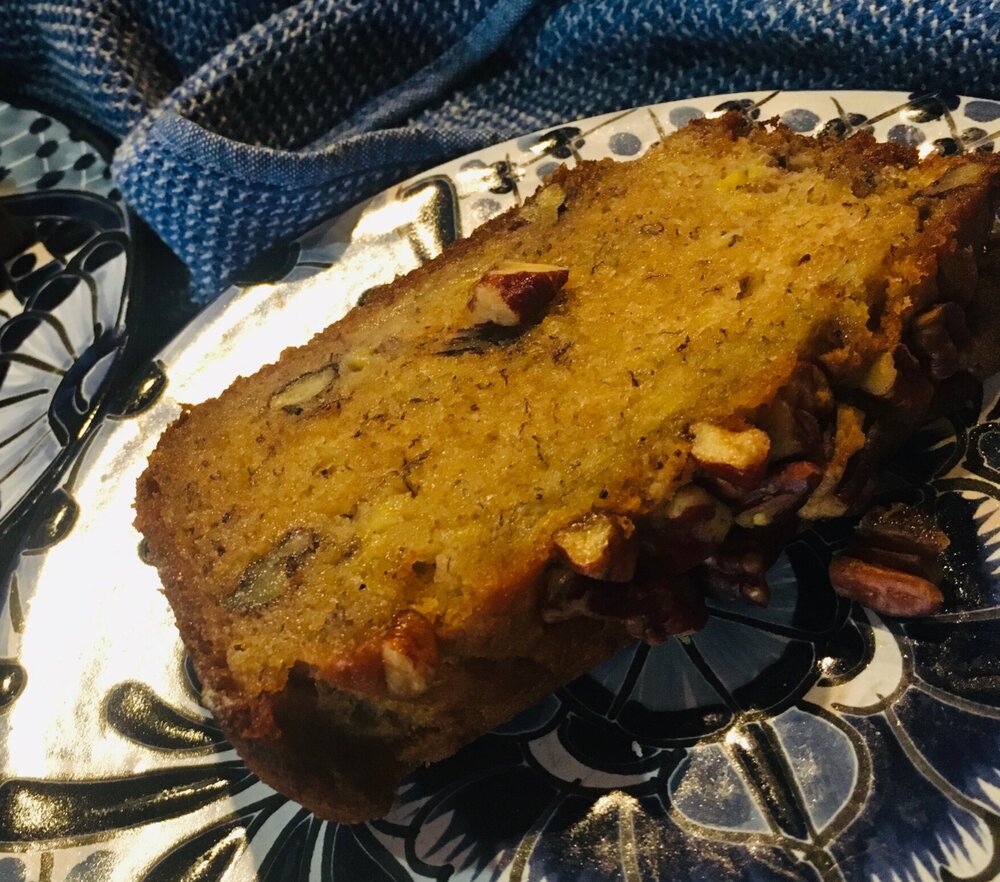 A favorite at breakfast: spread with a little butter and toast in the skillet.

PRINT THIS RECIPE
Back to Recipes